Marketing to influencers and advocates is all the rage, fueled in large part by social media. In cannabis marketing, it’s particularly important.

But if you’ve ever developed a campaign with influencers and/or advocates, you know it can be filled with land mines.
Part of that is what inspires advocates and influencers is different.
In the my last post about Captivation Motivations, I shared with you the secret driver you’ve already heard of behind so many of our snap decisions and just BARELY touched on rewards and lures.
But they’re actually super closely related to what’s behind our fastest decisions to click, like, join, sign up or buy.
If you’ve played an app or computer game anytime in the last 7 years, you’ve probably noticed that these games are getting more and addictive (eh, em, Pokeman Go anyone?).
It’s not just better graphics and faster speeds that are making these games addictive, it’s the deeper understanding of what really motivates people to continue playing and one of those is the power of rewards.

I’m going to get to the secret successful games use in a minute, but first, I want to share something else with you.
If you’re thinking of running a giveaway, a promotion or any other product that will require cannabis marketing, you want to keep reading.
If you’re using digital and social media to market your brand (and I know you are), you’ll want to keep reading.
What I’m about to share with you is particularly important and will ultimately, make or break your product or promotion and even marketing relationships with influencers and advocates.

The last time someone bought you lunch, I bet your parting words were “It’s on me next time!”
You probably said it without asking where you might go or checking your bank account or even your calendar.
You just blurted it out.
The truth is, we’re hard-wired to return favors.
Think about that for a minute.
We are deeply, sincerely uncomfortable when we think we need to return a favor. Next time you run a promotion on Facebook, do a test. Ask people to like the page BEFORE entering the contest and compare that to the results if you ask AFTER you’ve given them something, even if it’s just a chance to win.
Chances are you’ll find that if you ask AFTERwards, your conversion percentage goes way up AND those people remain engaged for longer.
This is because lures trigger our sense of reciprocity.

Want to hear an old school example of this?
Ever received mailing labels from a nonprofit that you didn’t ask for?
Did you know that sending mailing labels with a request for a donation has been shown to DOUBLE donations?
And guess what? The average donation is way, way more than the value of the labels.
Why? Because reciprocity is a compelling motivation and it comes with a quirk: what we give in exchange for what we received has very little to do with the financial value of either.
You give something, ANYTHING of some value without placing a value on it, the reciprocity trigger kicks in.
This is the idea behind successful content marketing.

Why You Should Never Pay Your Advocates

Rewards (generally) kill reciprocity, but they can create habits if done correctly (like training your dog).
But it’s extremely difficult for marketers to get the consistency required to create a habit. Hell, it’s hard to get the consistency required to create a habit in dog, ask anyone who’s tried.
But marketers can more easily create reciprocity, which is an extremely powerful motivation that rewards do not trigger.
Here’s the rub though: reciprocity has some limitations too.
If you offered rewards to those who were already advocating for you to do the things they were already doing, you’d begin to see that their desire to support you moving forward would be slipping.
That’s because offering a reward on contingency (do this 3X/week and receive that reward) for something someone is ALREADY motivated to do, it decreases the desire.
And unless you understood this motivational fact, you’d probably be left scratching your head about what happened.
Tread lightly with your advocates because the way you show appreciation can actually decrease their motivation if you aren’t careful.

This isn’t to say rewards aren’t effective. They can be very effective.
“Share this and receive that…” you see it all the time. That’s a reward, not a lure.
Again, ask my dogs. They know if they do something, there’s a good chance there’s a treat in it for them. That’s a reward, they’ve been conditioned to expect it.
Rewards can be very powerful tools for increasing reach.
It creates increased reach by those who AREN’T your advocates and depending on your strategy, that can be very important.
Just don’t confuse people you give a reward to as an advocate.

If you’re really interested in triggering reciprocity, then you should probably do two things:
1) get to know your customer really well
2) think beyond monetary lures (discounts, coupons, even product give-aways).

The reasons for this are two-fold:
Our 90% of the brain (the oldest, largest and most primitive part of our brain) inherently knows that time is more valuable than items.
We inherently value experiences (millennials especially) more than items, so although the default is often a coupon or discount, experiences are more highly valued.
Receiving an experience from a product or brand increases reciprocity. So if you use an experience as a reward, you can trigger reciprocity.
But to offer an experience that is highly valued, you really have to know your customer. What YOU think your customer values maybe completely different than what they actually value.
In the last post, we talked about information seeking as a dopamine trigger, but it can also be a reward. So can mastery – this is the essence of gamification. Becoming good at something is it’s own reward and the longer we spend on achieving that reward, the more we value it.
Again, what your customers value may be something else all together: inclusion in a tribe, recognition or status.
All these things can be valuable rewards AND lures for brands.

The other thing to understand is that placing a distinct financial value on a lure (or a reward) kinks up the perceived value.
Let me give you an example:
If I invited you to dinner at my house for a homemade dinner that was wonderful (of course it would be FABULOUS), but then I spent all night talking about how much I spent on buying the ingredients of the dinner, two things would happen. 1) you would view the dinner as a sum of parts rather than it’s whole value of time, effort and community and 2) you probably wouldn’t feel a sense of reciprocity at all, no matter how fabulous the dinner was.
Don’t force your influencers OR your advocates to view your rewards or lures as a sum of parts by involving money too heavily; it kills goodwill AND reciprocity.
If you’re going to use rewards or lures, remember, make it something the customer values and think about how to make more valuable than money.

Here’s the bottom line: use rewards for influencers and lures for advocates.

Can you think of a time when a marketing strategy with lures or rewards turned you off? Share them with me here or in social media, it’s a fascinating discussion I love hearing about.

This article has been slightly edited from its original publication at poodlemafia.com

Is A Press Release Worth It? 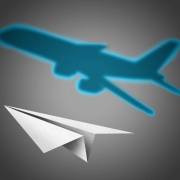 6 Ways to Thrive During a Cannabis Correction Without Additional Costs 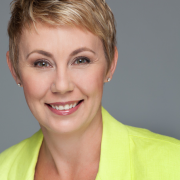 Trust In Cannabis – Why It Matters More Now Than Ever 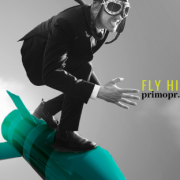